Scientists want to send 6.7M sperm samples to the moon 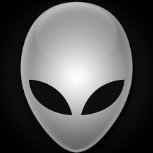